Thebradfordstore.com is not an official representative or the developer of this application. Copyrighted materials belong to their respective owners. To download the app, you will get links to the Official Website and/or official digital markets.

Roblox is a game with cubic-styled graphical effects that was created in 2005. Although the application is old, it is still popular, especially among the kids. The game is full of different game modes. You can play Jailbreak, take part in a racing competition, build various constructions, etc. Roblox is a multiplayer game, so you can play it with other players. It also allows you to speak to other players with the help of the chat. The game is available for download for iOS, Android, Xbox One, Fire OS, Windows, and macOS platforms. You can download the game for free, but it offers in-game purchases.

Roblox uses mediocre graphical effects. Graphics do not look realistic at all. Some textures might be blurred. Nevertheless, the graphical effects may be fascinating for kids. Despite the fact that this game is old, you can easily distinguish objects and other characters. Roblox characters have a lot of in common with LEGO models. Since the game does not use realistic graphical effects, owners of weak devices can run Roblox.

Sound effects are basic. You will be able to hear the steps of different characters. In addition, you will hear a few soundtracks playing while you are in the game. There are not enough sounds, but it is no boring to play Roblox.

Controls have a lot of in common with other third-person games. Roblox controls for mobile devices are simple: use the left virtual joystick to move. To look around, swipe with your finger in any direction. You can also see a few icons at the right side of the screen. If you play this game on PC, use your WASD keys to move. Some game modes might have different controls.

The game was created especially for kids, so adults most likely will not like the game. After you start the app, select any game mode you want to play. It should be mentioned that kids under the age of 13 cannot use the chat. Besides, there is a chat filter that blocks strong language.

The application allows players to purchase in-game currency that is called Robux. Robux allows you to upgrade the abilities of your character. You can also purchase various clothes for your hero, such as shirts, hats, shoes, etc.

If you are an adult, you will not spend a lot of hours in the game. However, the kids might like it because the game allows them to choose various game modes. The game modes are free to use.

We recommend you to download Roblox. The app is free to download, but it offers in-app purchases. The graphical effects are not great, but they allow you to see different objects clearly. Controls are simple, and it will not be hard to get used to them 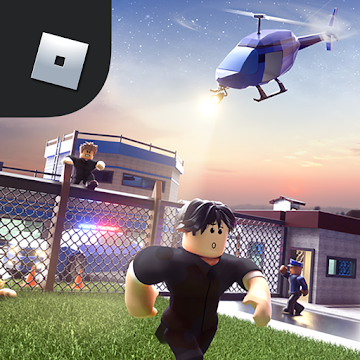